Is Prosecution Of McCanns Closer, Having Lost Their Court Case …

This site was first posted on, on 22-Oct-2012 and material from the original
http://StolenKids-HollieGreig.blogspot.com were imported upto 03-Mar-2010.

It has been established beyond all reasonable doubt that the STORIES surrounding allegations of sexual abuse of Hollie Greig are a dishonest and malicious hoax promoted by Anne Greig, Robert Green, Stuart Usher and others amongst their perverse cult following.

I freely admit I was conned into support of the claims, based upon lies and promises of evidence that never materialised. I unreservedly apologise to anyone who may feel they have thus been defamed by my error.

It is and has been for almost 10 years my opinion that Kate & Gerry McCann are directly responsible for the absence of their daughter Madeleine today, as a result, at least, of their gross and reckless abandonment of their 3 very young children.

Very early in the process I openly stated my opinion was that Kate & Gerry McCann should be prosecuted for their behaviour and thereby be given the opportunity to clear their names if they were not in fact criminally irresponsible and thus directly responsible for the disappearance and probable death of their eldest daughter Madeleine McCann.

MADDIE McCann’s parents face a huge bill that could wipe out search funds for the missing girl after losing their new court appeal to silence the ex-cop who claims they covered up their daughter’s death.

The couple were left devastated after the Portuguese Supreme Court judges made the ruling on Tuesday morning after examining the their claims against a lower court’s decision last April to reverse their 2015 libel win against Goncalo Amaral.

Supreme Court judges met on Tuesday in Lisbon to resolve the couple’s fight against a lower court’s decision in April last year to reverse their 2015 libel win against the former detective – with the ruling handed down on the eve of their younger twin children’s 12th birthdays.

Although the hearing took place in private – and an official public decision is not set to be sent to lawyers acting for the litigants until later in the week – it emerged late in the afternoon that the case had gone against Gerry and Kate McCann.

It’s a blow to the couple who have committed thousands of pounds in the search for Maddie, and who hoped to force the former detective to pay more than £1million in compensation.

If they are ordered to pay Mr Amaral’s legal costs, the money may have to come from the Find Madeleine fund – which has dwindled to around £480,000.

The McCanns could also be forced to use money from the fund if a Home Office grant for the Scotland Yard investigation, which runs out in August, is not renewed.

The couple now face the nightmare prospect of being sued for damages by Amaral, who led the initial hunt when Madeleine vanished aged three from their Algarve holiday apartment in May 2007.

In a statement, the couple said: “What we have been told by our lawyers is obviously extremely disappointing.

“It is eight years since we brought the action and in that time the landscape has changed dramatically, namely there is now a joint Metropolitan Police-Policia Judiciaria investigation which is what we’ve always wanted.

“The police in both countries continue to work on the basis that there is no evidence that Madeleine has come to physical harm.

“We will, of course, be discussing the implications of the Supreme Court ruling with our lawyers in due course.”

A close family pal said: “This news is devastating, not just for Kate and Gerry but for Madeleine wherever she is.”

“We just don’t know what to do but we need to sit down with our lawyer and discuss it. We’ve gone to the pinnacle of the Portuguese legal system and we’ve lost. We now have to pay a sizeable amount in costs.”

It marks a major milestone in Gerry and Kate McCann’s eight-year fight over a book written by Amaral, who led the initial hunt when then-three-year-old Madeleine vanished from their Algarve holiday apartment in May 2007.

Amaral was ordered to pay Kate and Gerry £430,000 plus interest in damages after losing round one of their libel battle in April 2015 over his hurtful book ‘The Truth of the Lie.’

Appeal judges reversed the initial ruling by a court in Lisbon in April last year, siding with the former police chief and overturning a ban on his book.

The night Maddie was taken

The decision sparked a fresh appeal by the McCanns to the country’s highest law court.

The McCanns’ Portuguese lawyer Isabel Duarte lodged the couple’s new appeal last May after vowing to fight the U-turn by judges over Amaral’s book.

Criticising the ruling in favour of the ex-police chief, which a friend of the McCanns said had left them “seething,” she said: “This decision was an appreciation of the law and not the facts.

“We can appeal to the Supreme Court which we will do as we have instructions from our clients.” 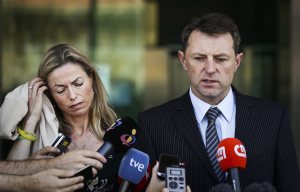 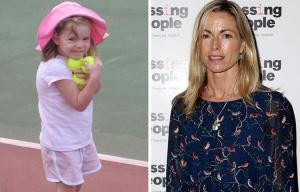 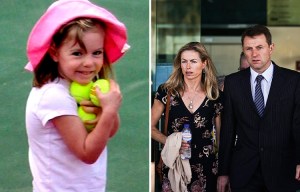 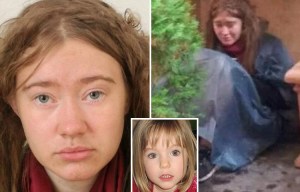 SO WHO IS SHE? 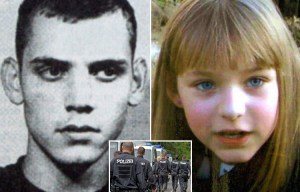 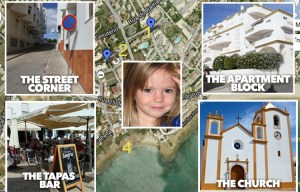 It is not known at this stage what the McCanns’ final legal bill, which is expected to include Amaral’s legal costs, will come to.

It is thought they will have to use reserves from their official Madeleine’s Fund to pay the bill – with it set to be wiped by Portugal’s Supreme Court shock ruling.

The judge who ruled in the McCanns’ favour in April 2015 said Amaral’s right to freedom of speech were conditioned by the fact he had been in charge of the investigation into Maddie’s disappearance until shortly before the publication of his book.

She concluded he played on his status as a long-serving police officer to present personal opinions and claims about the high-profile case as fact.

The appeal judges said Amaral’s right to express his opinions overruled any duty of confidentiality he had as an ex-police chief heading the Madeleine McCann investigation once the case files were put into the public domain.

Amaral is understood to have earned £344,000 from his book before it was banned and a subsequent TV documentary.

He claimed in the book Maddie had died in their holiday flat and they had faked her abduction to cover up the tragedy.

The book was released just three days after Gerry and Kate were told their status as formal suspects had been lifted on July 21 2008.

The McCanns told the Lisbon court staging the Amaral libel trial in the summer of 2014 they were left “devastated and crushed” by his allegations.

Portuguese prosecutors reopened their probe into Madeleine McCann’s disappearance in May 2014, and are now working in close coordination with Scotland Yard’s scaled-down Operation Grange probe into the youngster’s fate.

Last year Kate and Gerry revealed they had told their twins “everything” about Madeleine’s disappearance and said the youngsters still remember her and talk about her often.

She told the court in July 2014 after applying to make a statement: “I believe that’s what’s in Mr Amaral’s book and the documentary is very distressing to adults. To a child it could be very damaging.”

Asked by the judge how she felt after reading the book, she said: “I was devastated. It made me feel quite desperate because of the injustice I felt towards my daughter and our family as a whole.

“It was very painful to read and I felt sad for Madeleine. I also felt anxious and fearful because of the damage I felt it was doing in Portugal.”

She went on to accuse Amaral of “consistently smearing” her and Gerry and claimed they feared the book may have stopped people coming forward with information about their daughter’s whereabouts.

The full extent of the hunt for the missing Brit was recently revealed with a total of 8.685 across 101 countries and territories.

Data & The Study of a Wind Turbine Application: CLICK HERE

A Concept of Governance Worthy of Developement: CLICK HERE

NB:
Please Be Sure To