MADELINE McCann’s parents have begged their Portuguese lawyer to keep quiet after judges ruled they weren’t in the clear over their daughter’s disappearance.

Isabel Duarte is believed to have been readying herself to comment on the failed libel battle against ex-cop Goncalo Amaral, who claims the couple faked Maddie’s abduction.

But Kate and Gerry have now reportedly ordered her to not “say anything” or respond to any media requests after the judgement was handed down last week.

Ms Duarte said today: “We received instructions from the clients not to make any declaration or give public information about the file against Mr Amaral or the case itself.”

The couple lost their nine-year civil battle against Amaral, who claimed their daughter had been accidentally killed in May 2007 and they had covered it up.

They have always vehemently denied any involvement.

The devastating blow came after judges ruled former GP Kate and heart doctor Gerry were not officially in the clear over their daughter’s disappearance.

They were ruled out as “arguidos” – formal suspects – in 2008 but the country’s top court said in newly released 76-page dossier that this does not “equate to proof of innocence”.

The previously reported Supreme Court ruling said there were “serious concerns” over the theory three-year-old Maddie had been snatched from her bedroom at the Ocean Club apartment in the Algarve’s Praia da Luz nearly 10 years ago.

The comments were made in the huge dossier after Amaral, who headed the hunt for the missing girl, was handed victory.

The McCanns had insisted his 2008 Maddie book The Truth of the Lie and a TV documentary about the case had been hurtful and libellous. 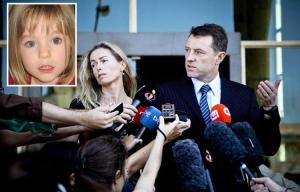 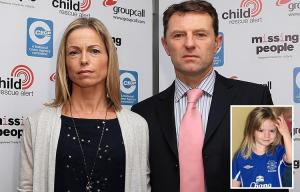 MCCANNS ‘NOT IN CLEAR’ 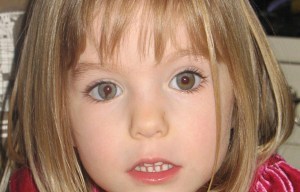 The Supreme Court is Portugal’s highest court but has no criminal authority.

Judges added their job was not to decide if the McCanns bore any criminal responsibility over Maddie’s disappearance.

And they said it would be wrong to draw any inferences about the couple’s guilt or innocence from their ruling.

After receiving a copy of the ruling Ms Duarte said she would make a comment after “carefully considering the contents the judges wrote” – which has now been blocked by the McCann’s.

The couple, both 48, from Rothley, Leics, are fiercely private and rarely speak in public about Maddie.

But Kate does the odd interview as ambassador for Missing People to highlight the charity’s work.

Amaral, 58, was booted off the original Maddie inquiry after criticising British police, and he later retired.

He insists everything written in his book was already contained in police and court case files which had been made public.

Goncalo Amaral, who headed the initial investigation into Maddie’s disappearance, wrote The Truth Of The Lie in 2008The ex cop is now writing a second Maddie book after judges ruled his “right to freedom of expression” was worthy of greater protection than the McCann’s “right to honour.”

Ms Duarte, speaking before the couple’s original libel victory was overturned on appeal: “It has been proved in the civil file that Amaral earned around 380,000 Euros in one year from the book, which is made of up false stories based on the case. Kate and Gerry expect compensation for the dreadful damages this book has brought their family.”

Maddie vanished from a holiday rental apartment in Praia da Luz, Algarve, in May 2007.
Her disappearance made headlines across the world and the search for Maddie is thought to have cost £10m so far.

To view the original of this article CLICK HERE

Data & The Study of a Wind Turbine Application: CLICK HERE

A Concept of Governance Worthy of Developement: CLICK HERE

Comments posted on this web site are moderated.

I regret the need to moderate the comments however ALL comments received will be posted other than those submitted anonymously, those which are ad hominem attacks, those containing gratuitous obscenity or offensive profanity and those which are palpably and provably dishonest in content or intent.
Naturally advertising spam and the like will also be deleted.

I appreciate that as a result of exposing the criminality, corruption or abuse of others and/or providing a venue to enable others to do likewise – many who feel threatened by my actions will seek to discredit me in any way they can and will invent or distort facts about me.
I accept that is a risk, to which I expose myself, however I am well aware that my friends know the truth, others with integrity can check the facts by contacting me and the corrupt, dishonest and gullible who promote or believe the lies published about me must answer to their own shame in the long run! Frankly I care not a jot what such people’s opinion of me is as their willingness to lie about me or accept or promote the lies about me speaks volumes of them and very little about me and affects me not one jot.

There is never a wrong time to do the right thing – or to help those less fortunate than oneself, even if there is personal risk.

Please Be Sure To
.