here is an interesting exchange which yet again leads me to believe Kate * Jerry McCann should be prosecuted regarding the disapearance of their daughter Madeleine having recklessly abandoned her as a 3 year old with her baby twin siblings.
Left alone as babies unattended in a holiday flat, in a foreign country, whilst they went out carousing with chums in a tapas bar.
Their gross & criminal irresponsaibility led to the irrefutable fact that as a result of their action Madeleine McCann disapeared that evning and has not been seen since!
There have been claims made by some that they believe the children were drugged with legitimate medical drugs to make them sleep and as a result Madeleine died and the death was covered up by the parents, others claim there is a possibility of infantiside, some believe Madeleine woke and wandered off looking for her parents – less plausibly of course is the possibility of abduction.
Whatever the cause the outcome was that Madeleine McCann has not been seen since that night was that her parents left their 3 babies alone and unattended, left alone in an irresponsible and selfish act of hedonism by their parents was the one undeniable action that made that outcome possibility.
Sickeningly from the facts presented on Twitter and published below the parents are so concerned that the truth may come out or at least be discussed and speculated on that they have recruited and funded people to ‘run flack’ and deflect people from such natural discussion – be they private detectives, lawyers or a group of vile trolls – like the self styled Michael Walker who we are given to understand is their friend Michael Wright.

Below is just one thread on the subject on Twitter:

#walkerbum being caught out (again) being a liar! This #McCann mouthpiece is your typical pro troll

1:26
bluesoup @bluesoup
Replying to @walkercan1000 @Laceylove03 and 4 others
Here, I read the full conversation to you while filming its existence. Twice. I’ve had enough of your bollocks sunbeam. I’m out.
4 replies 3 retweets 13 likes

#McCann s appealing to trolls to stop the abuse on line and on twitter. Look at your supporters who are the most abusive @walkercant1000

what about the autism one and the root vegetable court case. …disgusting abuse in the support of the #McCann s

Apparently whoever doesn’t believe the #mccanns are paedophiles 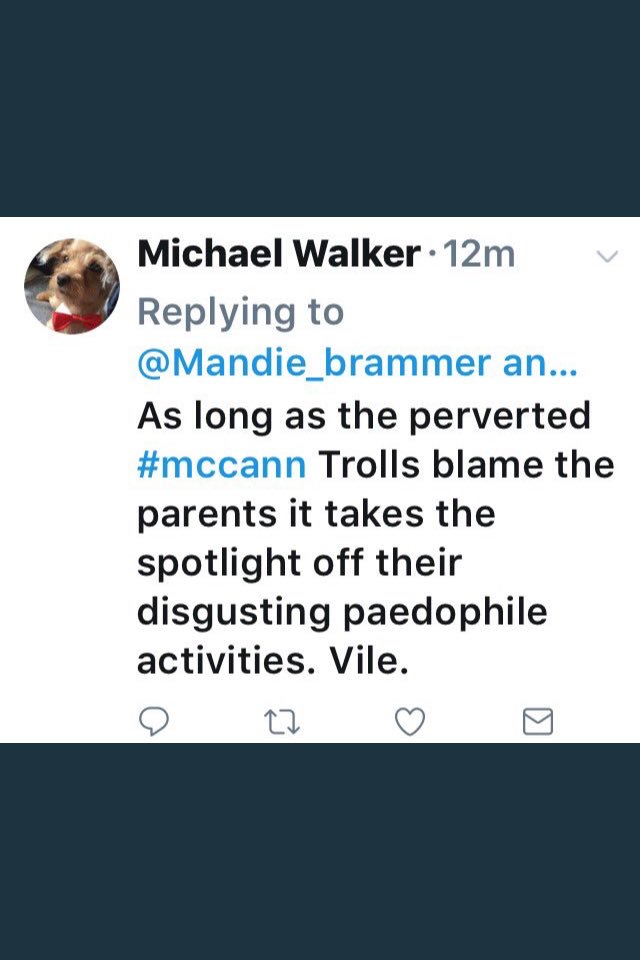 Says the creep who said that #mccann 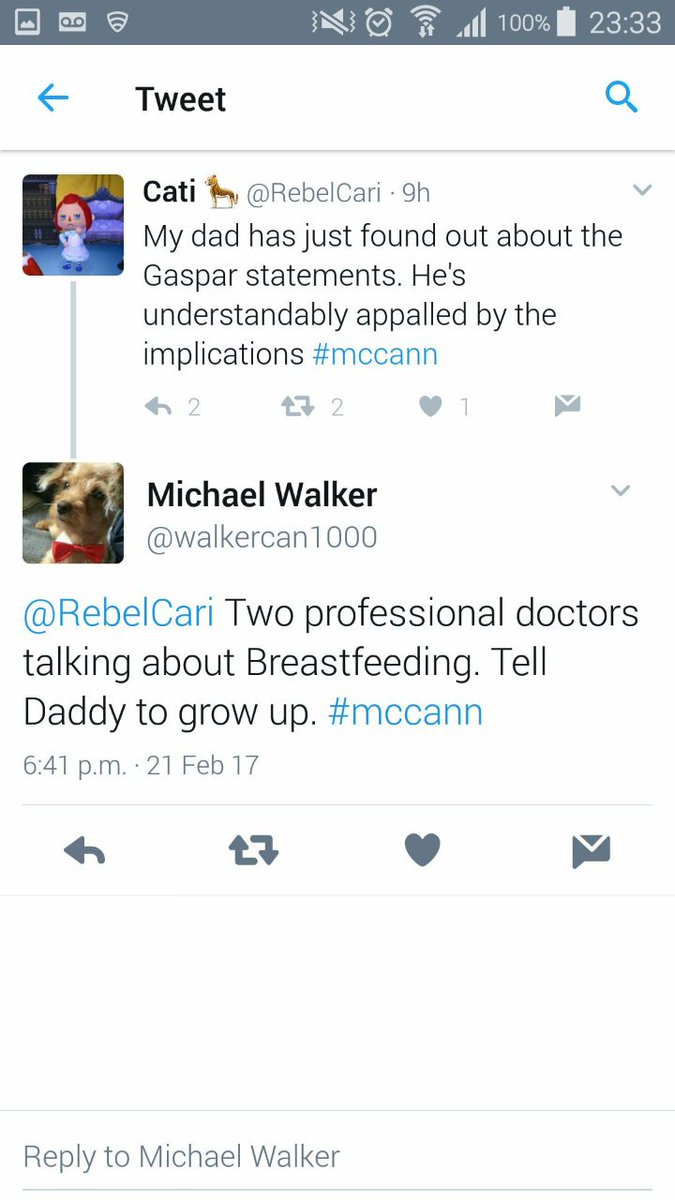 Oh yeah! We had a huge laugh at that gem

Calling a cancer sufferer a vile leach was one of his greatest hits!

. How are you @Greg_LW ? We’ve been discussing the nasty shits which run the Walker account.

He doesn’t seem to post on the McCann case much now. I think the Walker post deflated him a bit, it was so hurtful & disgusting

Walker is Michael Wright close friend of the duo. he knows what happened he was over in PDL hes paid to monitor, and derail!

thanks for the info – I must say I am not surprised as he is clearly as vile a personality as the duo as they are reported to be by friends of mine who have had the misfortune of working with them! Time to prosecute on #Madeleine_McCann‘s behalf!

DO MAKE USE of LINKS,
>SEARCH<
&
>Side Bars<
&
The Top Bar >PAGES<
I try to make every effort to NOT infringe copyrights in any commercial way & make all corrections of fact brought to my attention by an identifiable individual

Please Be Sure To
.